My body speaks, my lips repeat
pure Ihy-music for Hethert.
Music, millions
and hundreds and thousands of it,
Because You love music,
a million of music for Your ka,
In all Your places.

Personal conjecture: Ihy is Hethert’s (Hathor’s) son, Whose name reflects the jubilation of musical instruments in the sound they produce and in the act of playing them. “Ihy-music” in this may indicate both Ihy, Whose music soothes and pleases His mother, and also, more generally, ecstatic music. 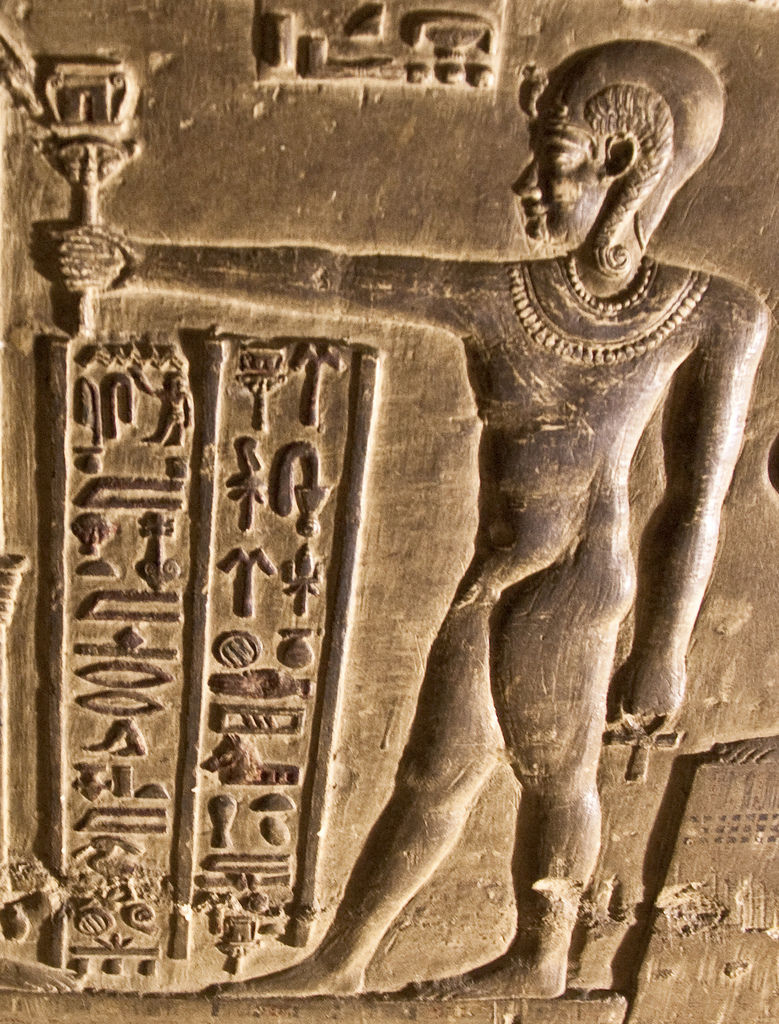 I am writing this late, but yesterday was III Shomu 12, the day of Ihy’s birth… so it is not inappropriate that I catch up on this entry now. :)

Ihy is a child god, son of Hethert (Hathor) and Heru-wer (Horus the Elder), though He is occasionally described as being the son of other Netjeru. His name has been interpreted as “sistrum player” or “musician,” as well as “calf” (being that Hethert often took the form of a cow)—He is called the Bull of Confusion, the Lord of Hearts. He is the youthful patron or creator of music, the sistrum, and the jubilation that emanated from both sound and instrument. While He is primarily a joyful, musical god, He was also linked to the afterlife as “the lord of bread” and was “in charge of the beer,” a boon both for mortal offerings and the cyclical pacification of His mother in Her name of Sekhmet. He has also been linked, as other child gods were, to the blue lotus that represented renewal and birth and was called “the child who shines in the lotus.”

He was usually depicted nude, with the side-lock denoting youthfulness, often with a finger to His mouth; however, he was not always depicted as child-sized and was occasionally shown as large as adult Netjeru. To the right here, He’s shown wearing a uraeus and holding a sistrum decorated with His mother’s face. In some birth houses, He was equated with the king, and scenes celebrated the conception and birth of the divine child, which identified the king with Ihy and bestowed upon him the powers and protections of the child god Himself.

My awesomeness precedes me
As Ihy, the Son of Hathor,
I am he who begets a begetting,
I flowed out from between her thighs,
In this my name Jackal of the Light,
I broke forth from the egg…
I escaped in her blood,
I am the Lord of blood. I am a turbulent bull…
I came into being, I crept, I traveled around.
I grew, I became tall like my father

In the Coffin Texts, Ihy’s resemblance to His mother Hethert is described:

And, for His (one day belated) birthday, a modern offering: